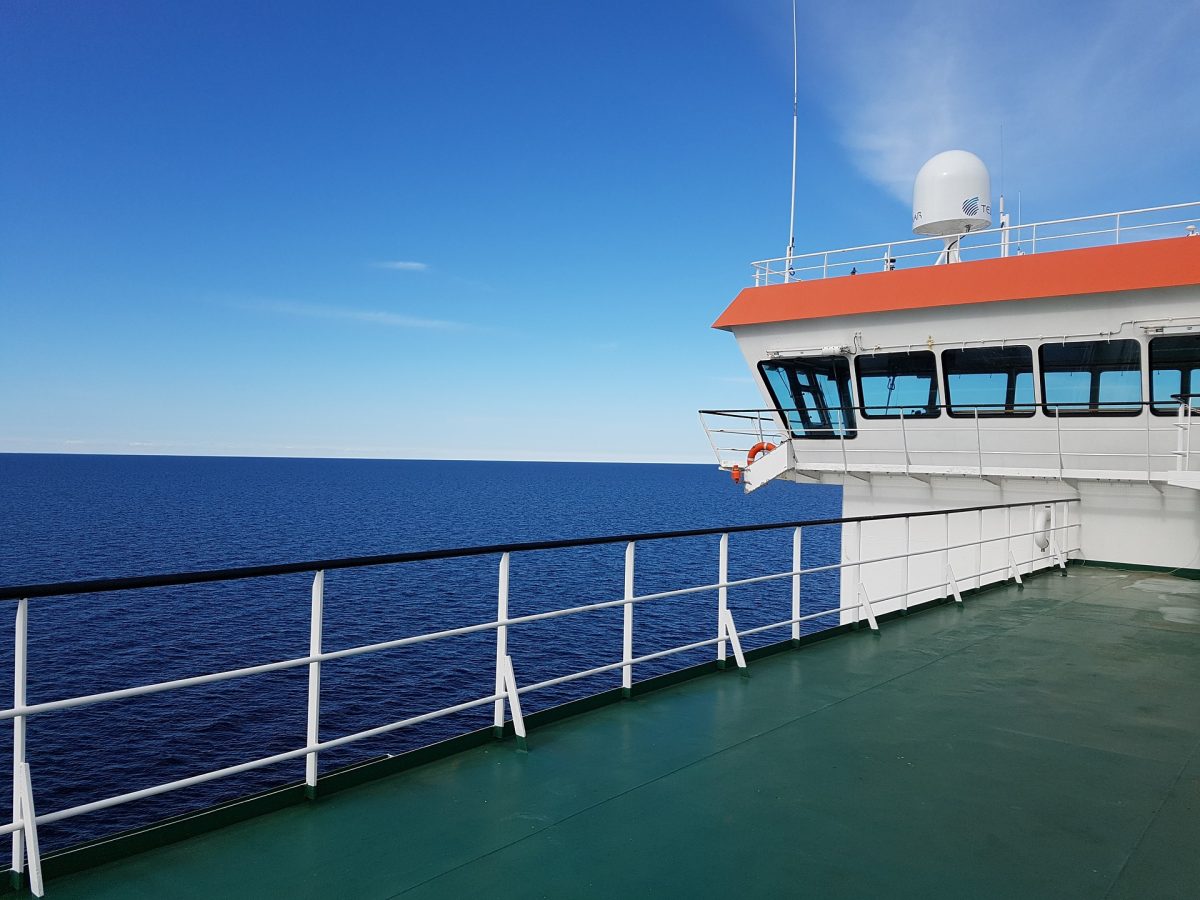 Much has been said about how new technologies could prevent accidents at sea, but the maritime industry needs to be more receptive to adopting these technologies.

This was the opinion of industry experts at Safety4Sea’s recent virtual forum.

He said, “Adopting new technologies is very hard in general, and in maritime, harder than many other sectors because it the nature of the sector is compliance-driven. Our approach, what we found works best, is that working hand in hand and trying to understand the problem we’re trying to solve and really guide technology companies to understand the problems in much more depth.”

Safetytech Accelerator, established by Lloyd’s Register, is passionate about the role of technology in increasing safety and reducing risk in industry.

Dr Pilu urged technology companies to get to know the nuances of the challenges facing ship owners and managers, and take a curated approach to marketing their solutions, saying that it’s not enough to just “throw technology over the fence” and pique customers’ interest.

Osher Perry, founding CEO of maritime technology company ShipIn, is of the view that ship owners and managers must realise that safety challenges persist as ships have become larger, while crewing numbers have not. This mismatch between vessel sizes and manpower, said Perry, only increases the pressure on crew.

Perry said, “Let’s ask ourselves – have we provided the right tools to the seafarers to do their jobs in a safe and productive way? Our perspective is that we have not. So this is what we have established, what we’re bringing forward, as one of the technology companies. There’s a way for automation. There’s a way to reduce the burden for your people.”

While there is a long list of barriers to accepting emerging technologies, Dr Pilu focused on return on investment (ROI) and identifying the right technologies. Dr Pilu alluded to companies hesitant to adopt new technologies because they do not see a clear ROI.

“I think one of the main drivers is the appetite maybe to move beyond just compliance in maritime,” said Dr Pilu. “Obviously, it’s a sector very driven by compliance but many clients are starting to think about managing their risks pro-actively in real time, becoming data driven. So that appetite is very visible at the moment. But again, it needs to be articulated better in terms of ROI and benefits and Safetytech Accelerator tries to get to the bottom of these cases for technology adoption.”

Another panelist, North of England P&I Club’s director of loss prevention, Colin Gillespie, suggested that costs are another consideration, as members have asked if adopting new technologies translates into lower premiums. This is not the case, as insurance premiums depend on the member’s accident record.

Gillespie elaborated, “If your record improves, your premiums will get better. I think we’re starting to see change in the insurance industry, where insurers are willing to experiment and if owners are going for technology that insurers think can produce change, then they will perhaps run a trial with them to see if it actually works.

Dr Pilu added that many shipping companies are reluctant to take the first step, and tend to procrastinate and see if first movers benefit from implementing new technologies, before taking their next steps. However, this resistance could impede the development of emerging technologies.

Gillespie pointed out that ship owners want to avoid accidents because of the down time involved, and urged technology companies to better articulate their value-add – in that using technologies to prevent mishaps would help eliminate any costs associated with the ship being out of action.

He said, “Nobody wants incidents anymore in their business. So if you’re a technology company, you want to focus on those incidents that you might be able to help prevent and think about what the costs are to the organisation. Focus on that as a selling point for your product. Technology providers have come up short in considering the human element. Focus on the end-users, because if you put technology on board a ship and the crew don’t like it, and they give bad feedback about the company, it’s dead.”

While much was said about how safety technologies could prevent accidents and thus, avoid the associated costs, another panelist, Zeaborn Ship Management’s managing director, Captain Ninad Mhatre, stated that technologies could improve crew’s mental wellness, and thus result in safe navigation.

Capt. Mhatre said, “When the crew gets stressed out, they can’t think straight and that’s when they’re primed to make mistakes. Instead of that, if we give them tools like ARP systems or other systems which will reduce the burden of collecting data, logging data, recording data, then we’re actually protecting their mental wellness. We ask people about this all the time and…when we implement something on the ship, there are two reasons: it should be beneficial to the crew, beneficial to my office staff and those are very, very good reasons to implement something like this, because it will improve productivity, it will improve safety.”

Tracking the performance of a new technology is also challenging, as seafarers and ship owners will have different criteria.

Perry talked about how ShipIn signed on a major container line, and the crew on 39 of the liner operator’s 40 ships said that they saw value in having visual analytics on the vessels.

Perry said that while the visuals give the crew visibility of what is happening on the vessels, the technology enhances the ship owners’ profitability.

He explained, “We’ve been able to show that there’s an ability to reduce over 40% of their losses that are happening with maintenance-related issues, from operational-related issues and from external hazards, whether it’s drug smuggling, malpractice of surveyors. Secondly, on the economic side, the technology is increasing the productivity, reducing the time at port, and identifying bottlenecks.”

Dr Pilu added that while measuring impact of safety of safety technologies could be hard for industry, key performance indicators of adoption could be effective proxies. For instance the usage of drones and robots to inspect confined spaces where limited oxygen levels have caused seafarer fatalities so the percentage of inspections that are carried out by drones is a good proxy of accident reduction over time.

In any case, Dr Pilu said that new technologies will be inevitably adopted once a tipping point is reached. Using air bag-equipped cars as an example, Dr Pilu said that while cars did not have this safety feature decades ago, motorists today are unlikely to purchase cars without air bags.

He said, “Now, think of a situation like fatigue measurement – fast forward a few years, and it might be totally unacceptable for a ship manager not to have measured fatigue of seafarers if there’s an accident. When the tipping point is reached, people will adopt the technology no matter what, because it’s what everybody expects. So that’s a reflection on the maritime market—where are these tipping points for certain technologies? It might be computer vision at some point, as it’d be ridiculous not to have visual analytics to improve safety. So obviously, we’re not at that point yet but those tipping points are real and they happen every time for every successful piece of technology. So, my call to action for the industry, is keep an eye open to these tipping points.”

You can watch the full conversation here:

We’re looking for tech companies and mentors for our latest accelerator programme, Waypoint 4: Nearshore. Find out more and apply here!

We use cookies on our website to give you the most relevant experience by remembering your preferences and repeat visits. By clicking “Accept”, you consent to the use of ALL the cookies.
Cookie settingsACCEPT
Manage consent

This website uses cookies to improve your experience while you navigate through the website. Out of these, the cookies that are categorized as necessary are stored on your browser as they are essential for the working of basic functionalities of the website. We also use third-party cookies that help us analyze and understand how you use this website. These cookies will be stored in your browser only with your consent. You also have the option to opt-out of these cookies. But opting out of some of these cookies may affect your browsing experience.
Necessary Always Enabled
Necessary cookies are absolutely essential for the website to function properly. These cookies ensure basic functionalities and security features of the website, anonymously.
Functional
Functional cookies help to perform certain functionalities like sharing the content of the website on social media platforms, collect feedbacks, and other third-party features.
Performance
Performance cookies are used to understand and analyze the key performance indexes of the website which helps in delivering a better user experience for the visitors.
Analytics
Analytical cookies are used to understand how visitors interact with the website. These cookies help provide information on metrics the number of visitors, bounce rate, traffic source, etc.
Advertisement
Advertisement cookies are used to provide visitors with relevant ads and marketing campaigns. These cookies track visitors across websites and collect information to provide customized ads.
Others
Other uncategorized cookies are those that are being analyzed and have not been classified into a category as yet.
SAVE & ACCEPT